“They” Get It Wrong Again!! 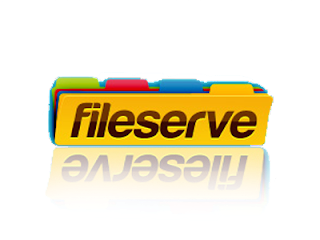 The IWF (Internet Watch Foundation) of the United Kingdom is a self-regulatory organization founded 15 years ago. The outfit is engaged in fighting child sexual abuse content in the web. Internet Watch Foundation has partnership with police, government and the entire Internet industry. In other words, it has the authority to impose specific measures against online services that facilitate the spreading of kids pornography. This is not hard to do because all largest Internet service providers in the United Kingdom are subscribed to it. Nevertheless, Internet Watch Foundation doesn’t always hit the nail on the head, and that’s what it did in the case of file-hosting service called Fileserve.
Originally, the access to the file-hosting service was blocked by British Internet service providers. The reason was that a specific link was mistakenly believed to lead to child abuse images. The outfit explains on its site that it addresses potentially criminal activity, because the material can only be confirmed to be truly criminal by the court. The part of IWF’s function is to provide partners with an accurate and current URL list to make them able block child sexual abuse material. Fortunately, later Internet Watch Foundation has reconsidered its decision in this case.
According to media reports, after the outfit blocked the service, British Internet users could not either access their personal files or download other files. Unsurprisingly, they weren’t quite happy about the blocking of the service they used. At the same time, they had no idea who to blame for the problem, so they had nothing left except for complaining to their Internet service providers. In a few days, the file-hosting service posted a clarifying message which explained that the Internet Watch Foundation had recently introduced some changes that might affect users’ download ability on the service.
With the time passing and Internet piracy developing more rapidly, means and reasons for blocking access to online services have become very hot and debatable issues. Moreover, in the wake of the effort of the government of the United States to introduce the already infamous anti-piracy legislation known as the SOPA (Stop Online Piracy Act), the word “censorship” seems to become flammable as always causing waves of protests on the Internet, and is likely to be seen in the streets, too.
Posted by A Whinger in France