A farmer in Dartmoor has dyed all of his sheep orange to deter thieves. 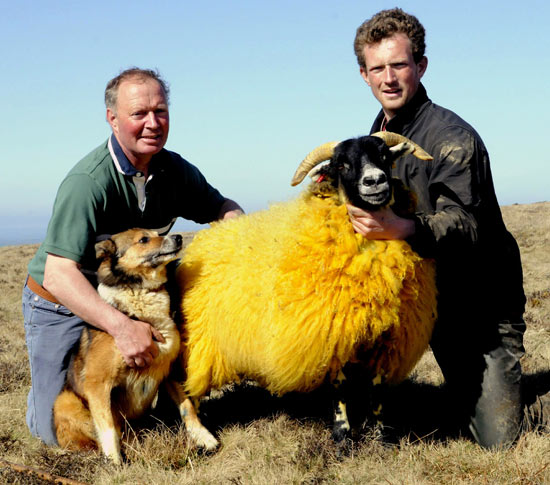 According to This Is Devon, John Heard lost around 200 animals in the past few years before colouring his herd with a non-toxic dye.

He said: "It works because they are so easy to distinguish, making it easier for me and my neighbours to keep an eye out for them. Plus, the rustlers are obviously nervous about stealing such easily distinguished animals."

Heard's ewes are said to be worth £140 ($229) each, and the farmer mentioned that the plan came from his son, explaining: "James suggested the orange dye, and although it produces some strange-looking sheep, it has done the trick and I haven't lost one this year."

Heard went on to reveal the origin of the idea, telling BBC News: "[James] was working on a farm [in] Scotland, and they used it up there when they're showing and selling the sheep."