Our favourite brewers are at it again. And this time the crazy guys at Brewdog have created a beer called 'Royal Virility Performance' to mark the forthcoming Royal Wedding.

But as you'd expect from the people who created the world's strongest beer and served a brew in dead animals, this is no ordinary beer… it's said to be laced with viagra.

In fact they claim the aphrodisiac-filled India Pale Ale means that drinking three of the 7.5 per cent ABV bottles is the equivalent of taking one Viagra pill.

And it doesn't end there. Packaging on the bottles includes line like "Arise Prince Willy" and makers say they've sent some for the Prince to have a stiff drink on his wedding night. 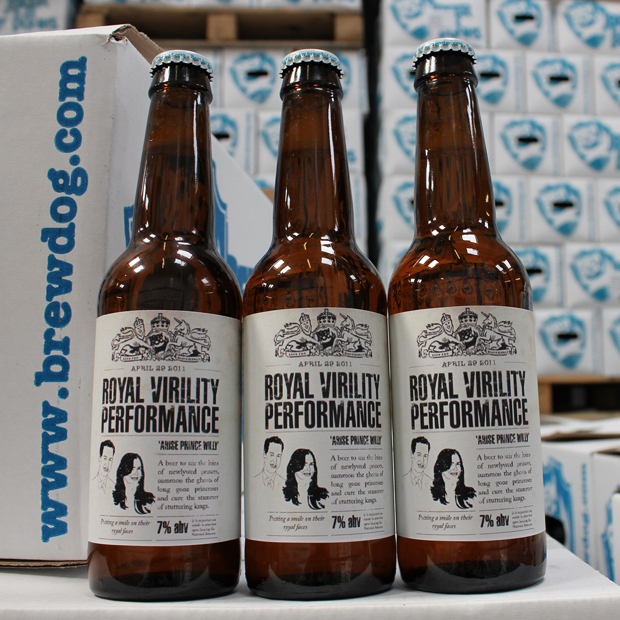 James Watt, co-founder of BrewDog said: "We put a bottle in a jiffy bag marked ‘Prince Willy, Buckingham Palace’. As the bottle says, this is about consummation, not commemoration, so we hope he gets it.”

The craft ale will cost £10 per bottle, with all proceeds going to the charity Centrepoint, which Prince William supports and just 40 bottles of the beer will be sold via BrewDog.com.