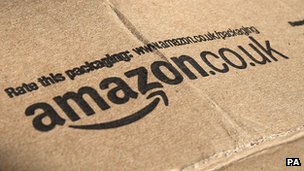 The UK Office of Fair Trading launched an investigation into Amazon in 2012 following the complaints from traders. As a result, the retailer has agreed to drop a clause that banned 3rd-party traders from selling goods cheaper.
At the moment, 3rd-party traders are forced to set the same price on any other platform as they do on Amazon. However, soon independent and rival services will be able to undercut it. The Office of Fair Trading has received numerous complaints from traders using the amazon.co.uk Marketplace platform. In response, the consumer watchdog opened a formal investigation into the price parity policy a year ago. The retailer claimed on its website that the rule is “critical to preserve fairness for its customers” expecting to find low prices. The rule was that a trader wasn’t allowed to sell a product, including the delivery charge, cheaper on its own service or another website like eBay or play.com. Amazon had the right to suspend sellers breaking the rules.

The watchdog welcomed Amazon’s decision and promised to end the investigation prematurely, though the group had become concerned that the policy was affecting prices and was potentially anti-competitive. There are plenty of 3rd-party traders using Amazon across the globe, though the retailer doesn’t break this down by area or country. For example, before last Christmas, almost 40% of goods bought on the website were sold by small traders.

In the meantime, a similar investigation is currently carried out in Germany, and the inquiry by its Federal Cartel Office is still ongoing.

The UK Office of Fair Trading explains that Amazon runs one of the largest e-commerce service in the country, so its pricing can have a wide impact on Internet prices offered to consumers elsewhere. Now the outfit is pleased that sellers are free to set their own prices, saying that it encourages price competition and allows consumers to get the best possible deals. Apparently, the rule will still stand for users and traders from the United States.

Amazon’s Marketplace used to face a backlash from traders in the past. In 2013, the Guardian revealed that Amazon had imposed fee rises on 3rd parties selling consumer electronics, automotive parts and other products. For example, UK traders saw the share they paid to Amazon soar from 7% to 14%.
Posted by A Whinger in France