A bored New York executive staring out from his office was given quite the surprise when he captured a pornographic film being made in an adjacent apartment.

The eagle-eyed worker looked out of his window at the start of the working week and saw filmmakers and an adult actress recording a series of x-rated antics.
Dressed in suspenders and, well not much else, the blonde bombshell was captured strutting her stuff both inside the apartment and out on the balcony.
Knowing that his colleagues would surely say it was all lie, the worker, who wished to remain anonymous, got out his iPhone and began filming what was unfolding outside his window. 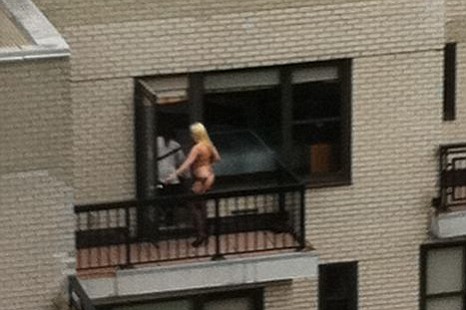