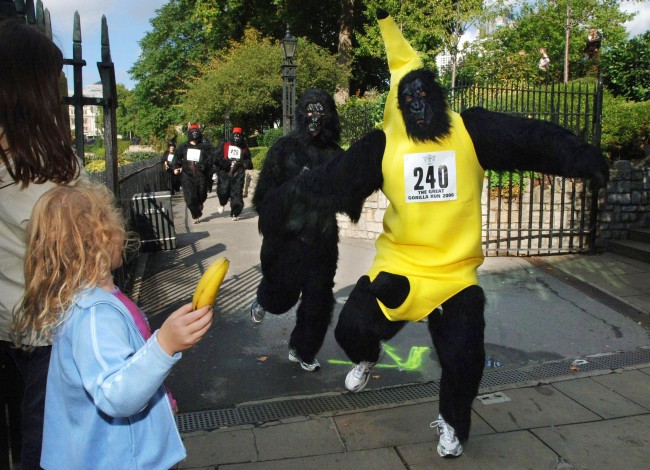 Vet Shot Zoo Worker Pretending To Be An Escaped Gorilla

IN preparation for the event of a gorilla escaping from Tenerife’s Loro Parque Zoo, a man pretended to be an escaped primate. He was spotted by a vet who shot the man in the furry suit with a tranquilliser dart containing enough medicine to down a 450lb gorilla.

The shot man, a 35-year-old zoo worker, was taken to the University Hospital of the Canary Islands.

“Last Monday, Loro Parque simulated the escape of an animal from its enclosure in the gorilla park. As part of the simulation, which took place in the security zone of the area and was attended only by authorised personnel, they set off the emergency alarm. Once they had carried out the various procedures, one keeper in the wild mammals team was accidentally struck by the medical tranquilliser that vets use in these instances. As a result, emergency services were called and he was taken to Hospital Universitari de Canarias, where he was treated. He recovered and is now in good health… Loro Parque, like all zoos and animal parks, regularly carries out this kind of emergency drill. The measure is designed to improve security, emergency procedures, and to train staff who work in these enclosures.”

That’s the trained staff who think a man in a monkey suit is a real gorilla..? The staff you give guns to..?

Unless all the zoo’s animals are just people dressed up..?